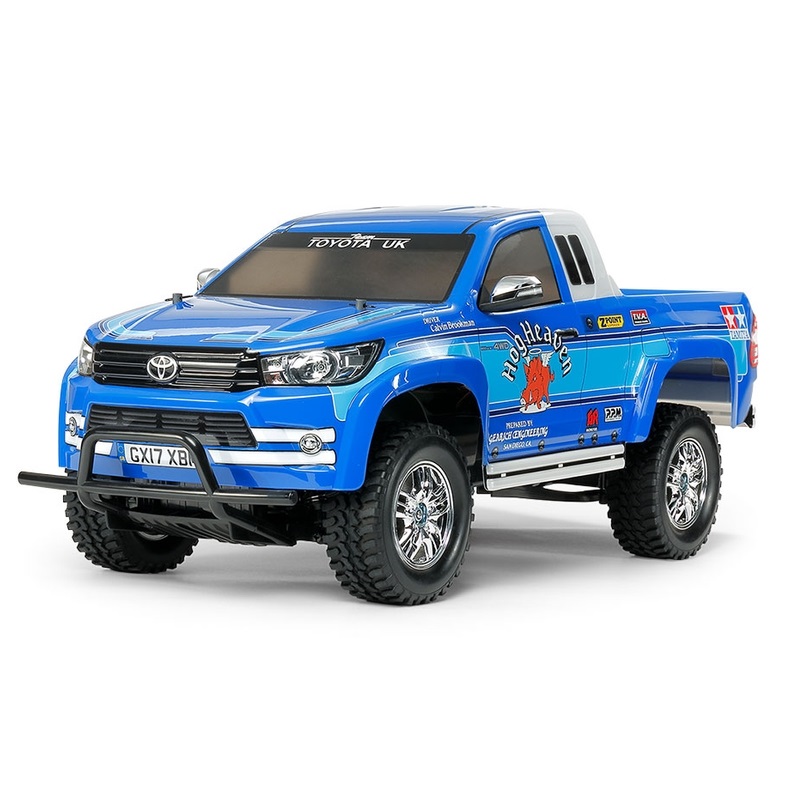 This is a spare body set of the Toyota Hilux Extra Cab. It is made of polycarbonate material, which can be painted using Tamiya’s PS Spray Colors. The included body stickers and livery depict the 8th generation special full-size version of the Extra Cab which Toyota’s British subsidiary had made in the colors of Tamiya’s legendary Bruiser as a tribute to the model.